Link to this page

The Two Fridas
Order a Hand-Painted Reproduction of this Painting 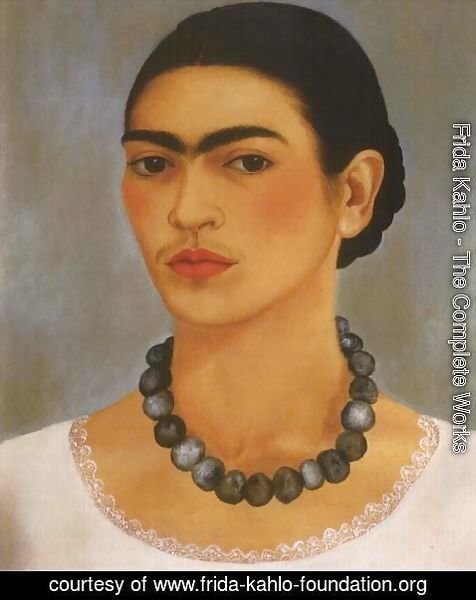 Magdalena Carmen Frida Kahlo y Calderon, as her name appears on her birth certificate was born on July 6, 1907 in the house of her parents, known as La Casa Azul (The Blue House), in Coyoacan. At the time, this was a small town on the outskirts of Mexico City.

Her father, Guillermo Kahlo (1872-1941), was born Carl Wilhelm Kahlo in Pforzheim, Germany. He was the son of the painter and goldsmith Jakob Heinrich Kahlo and Henriett E. Kaufmann.

Kahlo claimed her father was of Jewish and Hungarian ancestry, but a 2005 book on Guillermo Kahlo, Fridas Vater (Schirmer/Mosel, 2005), states that he was descended from a long line of German Lutherans.

Wilhelm Kahlo sailed to Mexico in 1891 at the age of nineteen and, upon his arrival, changed his German forename, Wilhelm, to its Spanish equivalent, 'Guillermo'. During the late 1930s, in the face of rising Nazism in Germany, Frida acknowledged and asserted her German heritage by spelling her name, Frieda (an allusion to "Frieden", which means "peace" in German).

Frida's mother, Matilde Calderon y Gonzalez, was a devout Catholic of primarily indigenous, as well as Spanish descent. Frida's parents were married shortly after the death of Guillermo's first wife during the birth of her second child. Although their marriage was quite unhappy, Guillermo and Matilde had four daughters, with Frida being the third. She had two older half sisters. Frida once remarked that she grew up in a world surrounded by females. Throughout most of her life, however, Frida remained close to her father.

The Mexican Revolution began in 1910 when Kahlo was three years old. Later, however, Kahlo claimed that she was born in 1910 so people would directly associate her with the revolution. In her writings, she recalled that her mother would usher her and her sisters inside the house as gunfire echoed in the streets of her hometown, which was extremely poor at the time. Occasionally, men would leap over the walls into their backyard and sometimes her mother would prepare a meal for the hungry revolutionaries.

Kahlo contracted polio at age six, which left her right leg thinner than the left, which Kahlo disguised by wearing long skirts. It has been conjectured that she also suffered from spina bifida, a congenital disease that could have affected both spinal and leg development. As a girl, she participated in boxing and other sports. In 1922, Kahlo was enrolled in the Preparatoria, one of Mexico's premier schools, where she was one of only thirty-five girls. Kahlo joined a gang at the school and fell in love with the leader, Alejandro Gomez Arias. During this period, Kahlo also witnessed violent armed struggles in the streets of Mexico City as the Mexican Revolution continued. 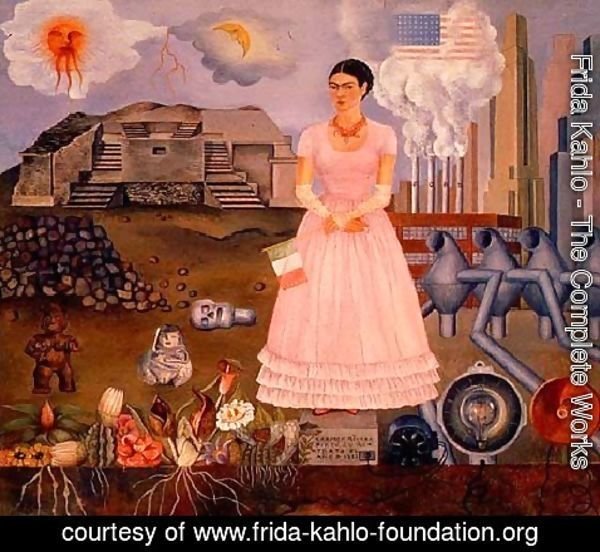 After the accident, Frida Kahlo turned her attention away from the study of medicine to begin a full-time painting career. The accident left her in a great deal of pain while she recovered in a full body cast; she painted to occupy her time during her temporary state of immobilization. Her self-portraits became a dominant part of her life when she was immobile for three months after her accident. Frida Kahlo once said, "I paint myself because I am often alone and I am the subject I know best". Her mother had a special easel made for her so she could paint in bed, and her father lent her his box of oil paints and some brushes.

Drawing on personal experiences, including her marriage, her miscarriages, and her numerous operations, Kahlo's works often are characterized by their stark portrayals of pain. Of her 143 paintings, 55 are self-portraits which often incorporate symbolic portrayals of physical and psychological wounds. She insisted, "I never painted dreams. I painted my own reality".

Kahlo was deeply influenced by indigenous Mexican culture, which is apparent in her use of bright colors and dramatic symbolism. She frequently included the symbolic monkey. In Mexican mythology, monkeys are symbols of lust, yet Kahlo portrayed them as tender and protective symbols. Christian and Jewish themes are often depicted in her work. She combined elements of the classic religious Mexican tradition with surrealist renderings.

At the invitation of Andre Breton, she went to France in 1939 and was featured at an exhibition of her paintings in Paris. The Louvre bought one of her paintings, The Frame, which was displayed at the exhibit. This was the first work by a 20th century Mexican artist ever purchased by the internationally renowned museum. 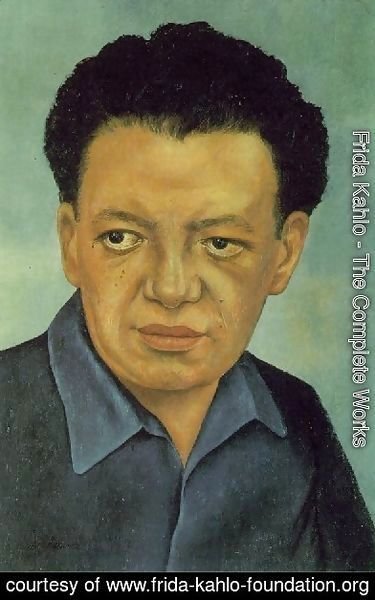 As a young artist, Kahlo approached the famous Mexican painter, Diego Rivera, whose work she admired, asking him for advice about pursuing art as a career. He immediately recognized her talent and her unique expression as truly special and uniquely Mexican. He encouraged her development as an artist and soon began an intimate relationship with Frida. They were married in 1929, despite the disapproval of Frida's mother. They often were referred to as The Elephant and the Dove, a nickname that originated when Kahlo's father used it to express their extreme difference in size.[citation needed]

Their marriage often was tumultuous. Notoriously, both Kahlo and Rivera had fiery temperaments and both had numerous extramarital affairs. The openly bisexual Kahlo had affairs with both men (including Leon Trotsky) and women; Rivera knew of and tolerated her relationships with women, but her relationships with men made him jealous. For her part, Kahlo became outraged when she learned that Rivera had an affair with her younger sister, Cristina. The couple eventually divorced, but remarried in 1940. Their second marriage was as turbulent as the first. Their living quarters often were separate, although sometimes adjacent.

Active communist sympathizers, Kahlo and Rivera befriended Leon Trotsky as he sought political sanctuary from Joseph Stalin's regime in the Soviet Union. Initially, Trotsky lived with Rivera and then at Kahlo's home, where they reportedly had an affair. Trotsky and his wife then moved to another house in Coyoacan where, later, he was assassinated.

A few days before Frida Kahlo died on July 13, 1954, she wrote in her diary: "I hope the exit is joyful - and I hope never to return - Frida". The official cause of death was given as pulmonary embolism, although some suspected that she died from overdose that may or may not have been accidental. An autopsy was never performed. She had been very ill throughout the previous year and her right leg had been amputated at the knee, owing to gangrene. She also had a bout of bronchopneumonia near that time, which had left her quite frail.

Later, in his autobiography, Diego Rivera wrote that the day Kahlo died was the most tragic day of his life, adding that, too late, he had realized that the most wonderful part of his life had been his love for her.

A pre-Columbian urn holding her ashes is on display in her former home, La Casa Azul (The Blue House), in Coyoacan. Today it is a museum housing a number of her works of art and numerous relics from her personal life. (From Wikipedia)

Report an error on this page